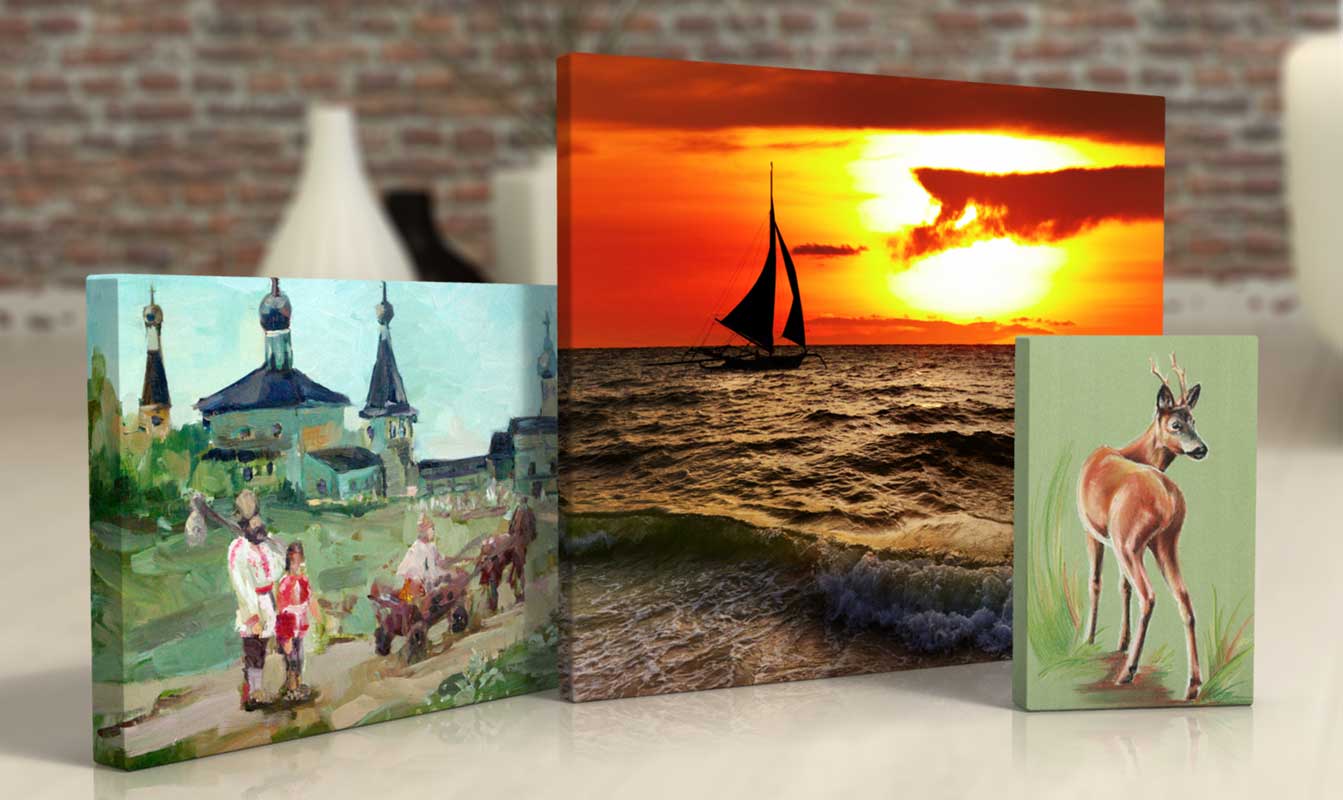 Posted on October 13, 2014February 9, 2018 by James Theopistos
Often our customers like to stretch and mount their canvas giclee prints themselves. Sometimes it may be because they like to apply paint or gel texture to their prints before they are stretched and mounted. Other times artists or even photographers simply like to build their own custom stretcher frames. Whatever the reason there are a couple of mistakes we occasionally see. Using a couple fictitious scenarios, Bob an  artist loves to stretch and mount his canvas prints. Unfortunately Bob was like me and spent too much time drawing pictures in math class and not paying attention to the lessons.
Mistake 1. Using a 16×20 as an example, Bob, wants to have his final stretched and mounted canvas on a 16×20 mounting frame. Because he wants the image to wrap around the sides of his mounting frame which is 1.5 inches deep, he thinks the image he needs to submit has to be 17.5 x 21.5 inches. The problem is if his image were printed this way he would discover that his image would not completely cover the sides. He actually needed to order an unmounted canvas in which the image was 19×23. This is actually 3 inches larger all the way around. That is because we are multiplying 1.5 x 2 to cover the left and right and again we are multiplying 1.5 x 2 to cover the top and bottom.
Mistake 2. Again using the 16×20 as an example, Bob wants stretch and mount his canvas on a .75 inch deep frame since he intends to place the print in a frame. He wants the image to just stay on the face of the mounted canvas print. In the process thinks, “Oh, I better add some extra canvas to my order by embedding some white space all the way around. This way I have extra canvas to grab a hold of to mount it on the frame.” So, Bob opens up his image in Photoshop and creates extra white margin space all around the image because he wants a plain white side on the final stretched canvas and wants, then saves the Photoshop document as a 16×20. He then orders a 16×20 on our website. Unfortunately that white margins space is now part of his image. While he sees it in the preview during the ordering process he does not realize this. The result is his print is 16×20 but to him he sees what appears to be a smaller image than a 16×20.  Why is that? Bob made two mistakes. First he assumed we would magically know what his intentions are and would correct this for him. Second, he did not realize we would add a 2 inch white border all the way around his printed image. This is specifically so people can do their own stretching and mounting.
We actually have a short video that addresses this below:
So, if you want to stretch and mount your own canvas prints, just make sure your math is correct and that you do understand that we will add extra canvas for the purpose of giving you some extra canvas for mounting purposes. If you have any questions about this, feel free to contact us via email, phone or chat.
Share this page