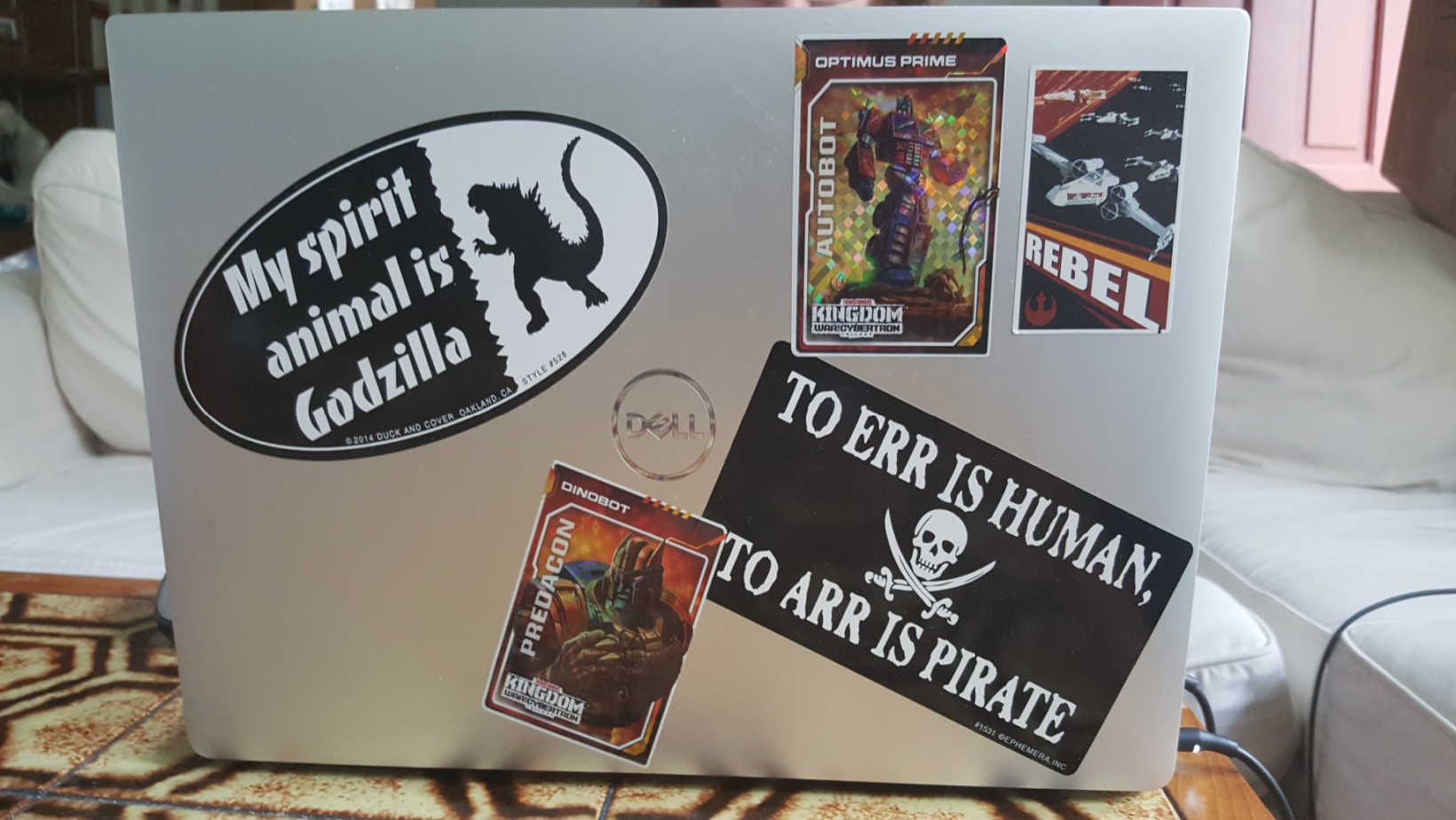 A lot of our users do not know that we can produce stickers of their artwork and graphics and in many cases, at a very competitive price. Stickers are a print-on-demand product that fly under the radar however, they have quietly been expanding at FinerWorks. Our journey to offering stickers is a little interesting and as I discuss further below, the demand has been growing as users discover how stickers can be a profitable product that represents their artwork.

Stickers. Who would have thought it? A few years back, I was approached by one of our vendors. He asked me if we’d ever considered offering custom printed labels and stickers. I thought, “stickers? No way! Why would our customers want to print stickers? Plus, isn’t that more in line with the commercial printing world, like business cards and flyers?” Had I been paying attention to more than just giclee prints and other wall art at the occasional art show, I would have noticed that stickers are a big thing in the art community, especially with millennials and younger crowds.

I brought the idea to my senior staff and they thought it made total sense given that so many of our customers are artists. I even asked my daughter, who was around 8 at the time, what she thought if we were to offer our customers the ability to produce custom-made stickers through FinerWorks. She looked at me then as if saying, “you mean you don’t?” A flood of eager questions followed such as, “can I make some of a Koala Bear and put them on my backpack or computer?” And so on.

I thought, “well okay. Producing stickers should be something easy to do.” We’ll just get some letter-size sheets with round or square die-cut stickers and feed them through one of our digital toner printers. Initially, that is exactly what we did. But they were a little underwhelming to say the least. Color wise they were decent at best. I knew this was not going to fly considering most of our users tend to have high expectations and standards when it comes to color accuracy and detail. Also, only printing on circles and squares was boring, not to mention more expensive than you might think.

After a few months of this, we were not seeing the interest we expected. I talked to my vendor again and asked him if offering stickers was as good of an idea as I was led to believe. He told me that if we wanted to offer stickers users would gravitate to, then we needed to offer more than just a 2-inch circle or square. He said we needed to look at doing custom contour cut stickers (also referred to as die-cut stickers).

Two years later, I now know that it was a good idea to be brought into the world of sticker production. We now run them on a dedicated Epson S80760, which is a 64-inch wide, 8-color solvent-based printer. In addition to printing on a white vinyl gloss, we just added a holographic vinyl which shimmers with iridescent color creation. Stickers can be ordered contour cut (die cut), squares, rectangles, circles, and ovals of any custom size up to 16×16. These are one of the most fun products we produce and we love them.

So Why Should You Consider Stickers?

If you are similar to the way I was in not being fully educated on the world of stickers, consider that there is a very good market for them and they can be very useful as a way to self-promote. Stickers can be extremely lucrative online. Check sites like Etsy and you will see an overwhelming number of listings, from custom stickers with your face on them to illustrators creating party favors of their art. As for an example of offline sales, one of our employees made over $300 in sticker sales alone at a recent art show she had participated in.

Stickers act as great promotional tools. You can hand them out, put them on things, or include them with each sale of a print you make. Just the other day, our own Jim Landers of Landers Photography School and a FinerWorks official photographer, talked about how for his portrait business, he brands some of the prints and boxes containing the prints with a sticker.

If you are a Level 3 drop shipper with FinerWorks, you can even have us do something similar as part of this higher level of order fulfillment.